Who is currently involved with

and how do you get in touch with them?  Keep reading to find out who's doing what, behind the scenes.  If you want to know who these people are, what else they're doing, and what they've done before, please go to our Biographies page. 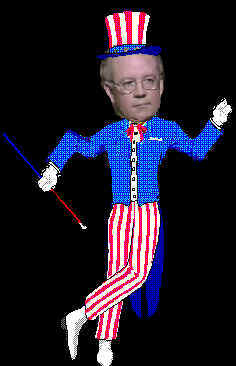 CENTRAL ART PRODUCTIONS INCORPORATED is co-producing Starr's on Broadway.  If you'd like to contact them about the play, you can do so right here by clicking on E-Mail Central Art.

ERIC ZACCAR wrote and is co-producing Starr's on Broadway.   He also directed and produced the staged reading series,  designed a good part of this website and basically collected up all the other people that you'll read about below.  You can contact Eric by clicking here: E-Mail Eric.

ROGER ALAN GINDI of GINDI THEATRICAL MANAGEMENT is  the General Manager for Starr's on Broadway.   If you'd like to contact him about the play, you can do so right here by clicking on E-Mail Roger.

JASON BARUCH, of FRANKLIN, WEINRIB, RUDELL & VASSALLO is  the Legal Representative for the play.  If you have any legal inquiries, please  E-Mail Central Art, before contacting anyone else.

SOPHIA ZIBURTOVICZ is the Associate Producer of Starr's on Broadway.  You can contact her by clicking here:  E-Mail Sophia.

GLORIA MESSER produced and directed the video production of the play.

TOM SHILLUE played Kenneth Starr, Harry Truman, John Kennedy and Lyndon Johnson.  Virtually everyone in the New York City comedy world knows how to track Tom down, but if you're having a hard time finding him, you can send an E-Mail here, and it will be forwarded.

MICHELLE PETERS played Glow Girl.  If you want to contact Michelle, for business reasons, you can send an E-Mail here, and she will get the message.

RON PALILLO  is the director of choice for upcoming productions.

CLICK HERE TO TAKE THE STARR'S ON BROADWAY HISTORY QUIZ!